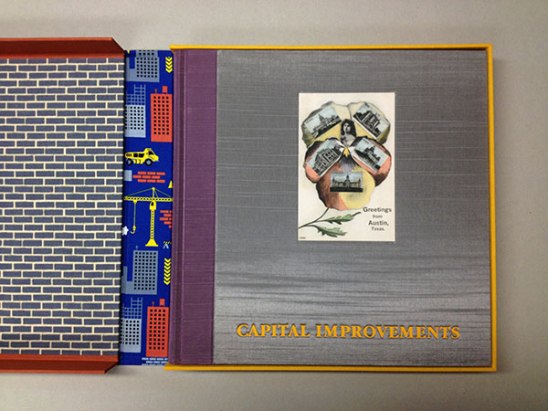 If you want to learn something profound about how Austin has transformed itself in the last few decades, one of the best places to look is through the eyes of photographer Mark Goodman. He has been making extraordinary pictures of his surroundings since arriving in the capital in 1980, when Austin was a long way from becoming an expensive hipster oasis with traffic problems. 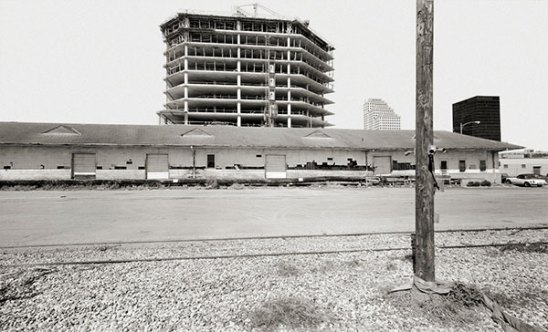 Goodman is an artist who looks with remarkable perception at what might seem like banal subjects, inviting viewers to see something deeper in ordinary streets, sidewalks, alleys, and walls. “When you pay attention and get to see what [a subject] looks like as a picture, it changes what’s in front of you,” Goodman told The Daily Texan. ”It’s a way of coming to terms with, and making sense of, what’s in front of you.” In a city whose celebration of music culture has sometimes overshadowed the work of local visual artists, Goodman has become a photographer’s photographer, a relentless purist, and an understated visual poet of the violet crown. Simply put, he sees deeper into this thing called Austin than most of us have learned to do. It’s the hard-won product of a lifetime of making extraordinarily careful and subtle images. 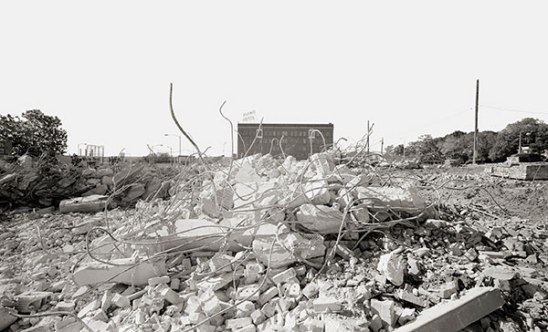 Between Lavaca and Guadalupe Streets, West Sixth and Seventh Streets, Looking West. The Alamo Hotel (400 West Sixth Street) Is in the Distance. (1982)

The only problem with Goodman’s work is getting a chance to see it properly. His three decade Austin project, Capital Improvements, exists only as an opulent gem of a book, just published in a print run of five. That’s right: five, each priced as much as a small car. Goodman is an aesthetic perfectionist—when you want to see one of these gorgeously designed books, he’ll turn the pages for you. TEOA is fortunate to have several images to share from the new book, which was on exhibit at Shoal Creek Gallery in September 2013 as well at his Wildfire Studio during EAST. 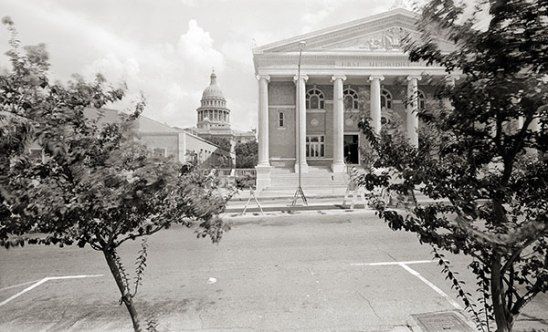 Goodman was not always focused on Austin. He grew up in Massachusetts and majored in anthropology at Boston University, where he studied with the legendary American photographer Minor White. In the seventies, he received a John Simon Guggenheim Memorial Foundation Fellowship as well as National Endowment for the Arts Fellowship for his photography. His major project during this period was a long-term photographic portrait of a town in upstate New York called Millerton. His work in this blue-collar town won numerous admirers including curators at major museums in Texas and elsewhere. “Goodman eloquently captures the beauty, awkwardness, love, and anger of growing up in a small town of limited means,” says photo curator John Rohrbach of the Amon Carter Museum in Fort Worth. “From the expansive play of childhood and the camera-mugging antics of adolescence, these photographs reveal with sad empathy the hardening that comes with the narrowing of dreams.” The Village Voice hailed A Kind of History. Millerton, New York 1971-1991 as one of best photography books of 2000. 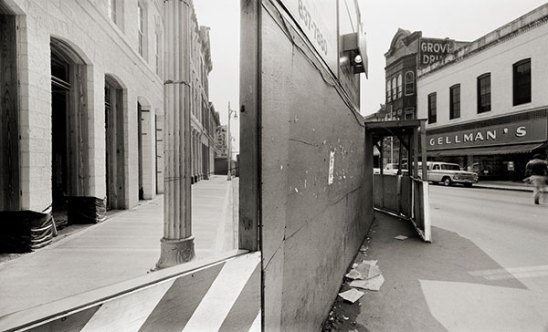 The quiet New Englander arrived at UT-Austin in 1980, just in time for an oil boom that was about to go bust in the early Reagan years. He began taking endless pictures of downtown Austin as growth started and stalled: litter, shadows, cars, lights, graffiti, buildings going up, buildings going down. Fans of Austin music would be fascinated to see his documentation of the scene at the early eighties punk club Raul’s, a body of work that culminated in a photo book called Big Boys Dicks (whose title refers to two well-known bands of the period, not what some readers might assume). All during this time, Goodman was teaching in the Art Department at UT-Austin, earning the lasting appreciation of students during his 33 year tenure on the Forty Acres. A current MFA student, Lily Brooks, claims he has “facilitated the most significant period of change I’ve experienced as an artist.” Another young MFA photographer, James Scheuren, explains that, “Mark’s work in Millerton, NY is the whole reason why I wanted to study at UT… His portraits there, made over 20 years, are stunning and rich. There is an incredible breadth of empathy between him and his subjects and a feeling of softness despite their incredible detail. I feel honored to work so closely with him.” 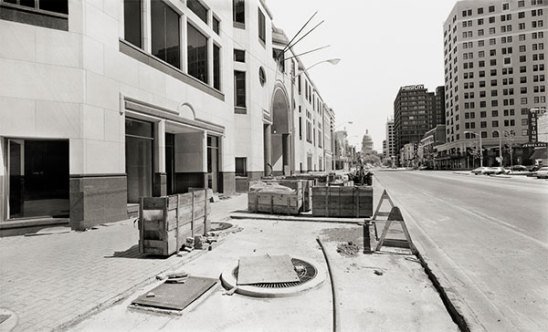 Nowadays Mark can be found at his Wildfire Studio at Canopy (916 Springdale), where visitors can see his prints as well as signs of a recent setback: charred cameras and art books destroyed in the Bastrop forest fires, which obliterated the photographer’s beautifully curated home in the woods. Along with these mementos of loss, visitors can find a serious photographer at work, still shooting Austin from unfamiliar but rewarding angles. — Randy Lewis, TEOA Editor