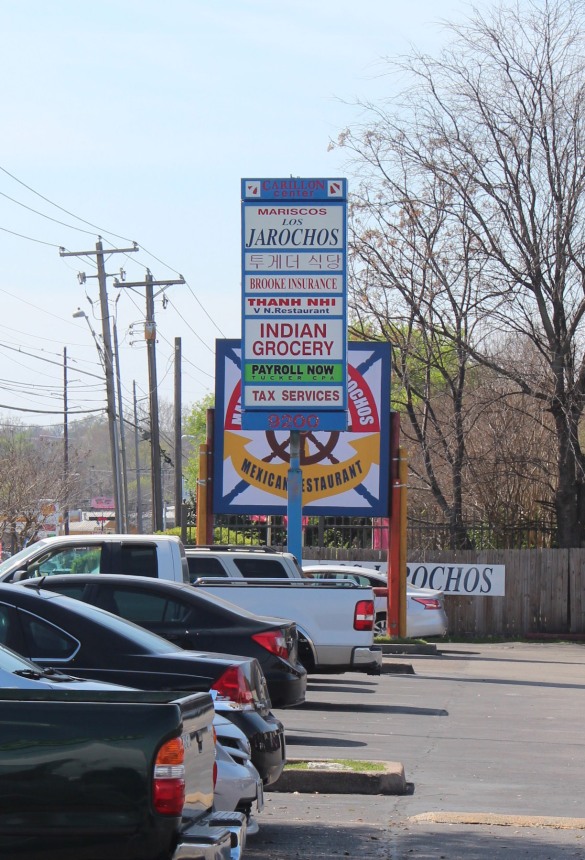 Austin’s most cosmopolitan district is growing—not in the heart of downtown—but along a two-mile stretch of North Lamar between Rundberg and Braker Lane at the northern edge of the city. A collective and discursive image of Austin—as one of America’s fastest growing cities—focuses on downtown, or neighborhoods such as SoCo, East Austin, Cherrywood, or Crestview. Areas north of the 183, or south of Oltorf, are largely invisible to the many high-skilled (predominantly white) migrants populating the urban core.

Yet, the North Lamar corridor is a complex space defined by transnational capital flowing not along the well-worn corridors leading to Europe, but rather from Asia, the Middle East, and Latin America. There, in Austin’s “international district,” capital is accompanied by the constant and dynamic migrations of elite businessmen, unskilled laborers, and global refugees. While the neighborhood is predominantly Latino, over a dozen nationalities live and work in the area. In addition to census data, evidence of this cosmopolitanism can be found in the eclectic storefronts of otherwise homogenous and seemingly banal beige-stucco shopping centers that line the street. 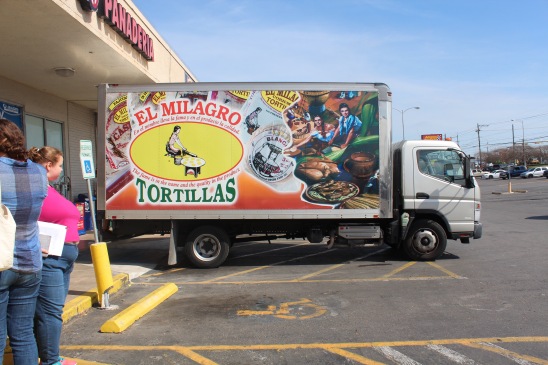 Multilingual signage, images of distant homelands, and a broad spectrum of services transform one-story retail zones into multiuse transnational spaces. Owned by a rich Pakistani businessman and migrant, the North Gate Shopping Center boasts Mexican, Indian, Pakistani, ‘Middle-Eastern,’ Korean, Vietnamese, and Chinese restaurants. Regional specificity breaks down what are often viewed as national culinary traditions. Mariscos Los Jarochos owned by a family from the Mexican state of Veracruz serves primarily seafood in the style of the Gulf coast; a few stores down La Michoacana Carnicería and Panadería sources most of their products from Michoacán, a Pacific coast state in central Mexico.

Three different businesses advertise “halal” products in their signage. Halal Indo Pak Grill (owned by a Pakistani man who also owns the adjacent Dollar Fiesta) competes with a Middle Eastern market at the opposite end of the Center. Halal—translated as “permissible” in Arabic—or foods prepared following Islamic law, make the North Gate Shopping Center a destination for Muslims from multiple countries. Beyond multiethnic cuisine, the Center functions as both a de facto institutional and community space. From Hapii Dental to Reliable Auto Insurance, a largely migrant clientele pays for assistance with their insurance, payrolls and taxes, and takes advantage of drop-in healthcare services.

Two miles down the road at the northern edge of the corridor is Austin’s closest equivalent of a Chinatown. In 2006, Austin’s Major Will Wynn and City Council member Jennifer Kim inaugurated the “Chinatown Center” and labeled it as a “physical representation of the growing internationalization of the city.” With 180,000 square feet of retail space, owned by a first-generation Vietnamese family, the center has Chinese, Korean, Vietnamese, American and “Pan-Asian” restaurants as well as Austin’s largest Chinese supermarket, three-quarters of the size of the flagship WholeFoods downtown. Similar to the North Gate Shopping Center, the Chinatown Center’s architecture appears indistinguishable from other roadside Centers. However, following the principles of Feng Shui, considering flow and light when determining the layout of a massive parking lot, and erecting a ‘Piafang’ entrance, this 21st century thematized Asian shopping complex is invested with meaning, and building new intra-ethnic alliances and relationships.

Taiwanese, Vietnamese, Pakistani, Indian, Palestinian, Israeli and Iranian investors finance a migrant-commercial bank located in North Lamar that supports local businesses, eager to accommodate an increasingly diverse pool of newcomers. Mexican first- and second-generation families commingle with a rapidly growing ‘Asian’ population. The Refugee Services of Texas is also resettling refugees from Afghanistan, Cuba, Eritrea and Syria in this area. As Austin’s urban core and historic East side whitens, its urban fridge internationalizes and increasingly becomes the center of activity and urban life for a burgeoning international community.

Sarah Lopez is the author of The Remittance Landscape: Spaces of Migration in Rural Mexico and Urban USA, and assistant professor at the University of Texas at Austin in the School of Architecture.

One comment on “North Lamar: Austin’s Most Cosmopolitan District”