I’ve seen the neighborhood changed rapidly in eight months. At least six giant houses have come up, empty lots ripped up, earth moved, trees chain-sawed, streets punched and smashed while porta-toilets lined the precarious rocky pavements.  The sound of new houses being stapled together resonates across the neighborhood. Around the corner, the newly finished eco-‘Austinable’ house has mature trees miraculously appear on their recently turfed lawn.

“Bastards”, a fellow bus passenger muttered when he ask me if “they” were doing it to this neighborhood as well, and I said “yes”.

When we walk the dog, we cheer for the colorful little houses with the cluttered ramshackle character, we pump our fists, and shout “resist!”. In our heart of hearts, we knew if we visited years from now, the little houses would go. Paul, our neighbor is appalled at our rent, and regrets we will not be here for the ripen peaches from his trees. It was a good winter for the peach trees. He is particular proud of the variety ‘Sam Houston’.

On Willie Nelson’s 81st birthday, we headed towards The Backyard on the 71. It took us nearly two hours to get there in the crawl heading west during rush hour.  To avoid the outgoing parking traffic, we left ten minutes before the concert ended while the audience belted out Happy Birthday under a cool and beautiful starry Texas night. It took us less than twenty minutes to get back into the quiet of Brentwood. 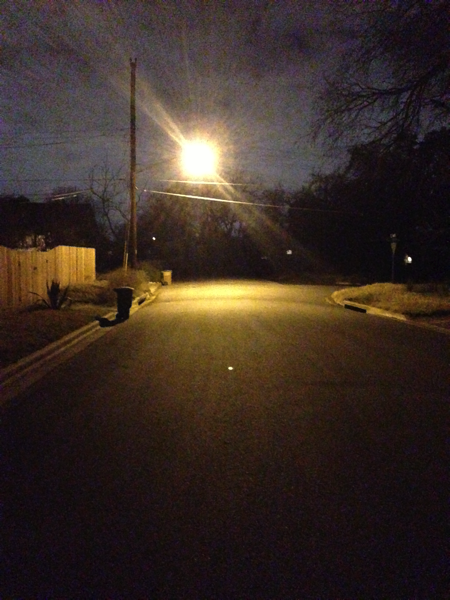 The Death of the Old Dryer

How do you mourn the end-life of an old GE dryer? Bob, the Appliance guy shows up, and he looks like a Willie Nelson roadie. He takes the old dryer apart and it’s as simple as they come back in the 1960s. A bit of plastic is wedged on the side and he thinks that’s the problem, “it’s been scraping the wires, see that?”. The drum is still clean and solid, as if it was made yesterday. Saved for the thick fuzzy lint around the rim; signs of yesterday’s washing, and all the clothes of yesterdays. Wives, mothers, husbands, fathers, children past have contributed to the lint of former years. Bob pulls the dryer out, and along with it, old socks, faded Bounce leaves and dust. He does something to it, and he pronounces triumphantly – “it’s the timer!” Then he says, “I don’t think they make the timer anymore”. They’ll have to change the machine. And I think, the machine has run for over fifty years, half a century, it has preceded me. Bob chimes in, “they don’t make them to last nowadays but they can, the industry demands that parts should be available for seven years, it used to be fifteen years, and it used to be even longer before. That should tell ya. They’ll have to get you a new machine – that’s the joy of renting. You gotta take whatever joy you can get.”

The Boy from Odessa

We jumped onto the no. 5 bus heading north towards Brentwood. The no. 5 takes a longer time wending its way through the more residential and leafy parts of Austin.  A boy gets on the bus. He is blind and walks awkwardly, passes the disabled and elderly seats, and he sits deliberately next to us, the three-seater facing the exit doors.

He hears us talk and confidently proclaims that we are not from here.  Where, he asks and we tell him that we live near Manchester, UK. He gets excited and starts talking about soccer or football as we call it over there.  He starts talking about Manchester United and the horrible season the team is experiencing. He talks about Chelsea and Arsenal. He talks and talks and talks. I asked him why and how he knew so much, and he explains that he listens to world radio. He likes all sports, he loves the Longhorns and the Spurs. He keeps talking.

Where was he from? Odessa, there ain’t shit in Odessa, he says.

All I knew about Odessa, I told him was through H. G. Bissinger’s novel Friday Night Lights. Was there really a Permian Tigers, I wondered but didn’t ask any further.

Oh yeah he says but he doesn’t want to talk about Odessa or West Texas. He gets up and says nice talking to you, moves to the next seat – asks where she’s from.

He’s got the whole world in his hands.

I wanted to see The Alamo.

Next to The Alamo stands The Menger Hotel, full of faded grandeur and a musty smell of many cigars past. There is much glory in the antiquated lobby. On the walls, Teddy Roosevelt is everywhere. Teddy Roosevelt the Hunter, Teddy Roosevelt the Hero, Teddy Roosevelt who in 1898 recruited his famous Rough Riders to fight off the Spanish in Cuba within the intimacy of the Menger Bar. On another wall, a tribute to the delegates of the Nato Sea Sparrow Project, an anti-aircraft and anti-missile weapons system, part of a multi-layered defense project to protect the free world.

And the fencing of America began here too in 1876 with the first barbed wire corral demonstration set up outside the Menger, while enthusiastic orders from cattlemen and cowboys were taken inside the hotel.

In the souvenir shops, inside the hotel and the other outlets across the street, next to the Wax Museum and Ripley’s Believe it or Not, they sell tee-shirts proclaiming “Texas Rangers: Homeland Security since 1835”. There are variations to commemorate The Alamo. One shop stands out, amidst the kitsch of key chains, fridge magnets, and religious items – in the upper right corner of the window display, the proprietress puts up a tee shirt with Native Americans on it: “Homeland Security Fighting Terrorism since 1492”.

The End of Austin II

The journey between Austin and San Antonio is brief. A box-storescape, and an empire of signs. You do not know where ex-urbia ends or begins.

The traffic on the I-35 north slows to a crawl as we approached Riverside, and we take the road to Cesar Chavez heading north and Airport Boulevard. We discussed our preferred routes, MLK or 12th street? An odd sense of familiarity overwhelms us, of knowing what to do, where to go to avoid the inching traffic across the river.

It is a heartbreaking familiarity because I have to leave.

My friend and his wife left Texas for good early this year. He is, in his heart of hearts and identity, a Texan; Hoosier born, Texas-bred. We met in Alberta, Canada in graduate school and were it not for him, I would never have come to Austin, although he never stopped reminding me that Houston was far more superior a city. At the end of his Phd program, he headed south for College Station with his U-haul, escaping the frigid Canadian winters as fast as he could. In truth, we who were left behind envied him but made snarky remarks about Texas politics – as if Alberta was any different.

In the end it wasn’t Texas who abandoned him, it was the institution that he cared for which let him down.  Having endured a freezing January wrecked by stress and strain, and after a fraught day on the 12th of February, 2014, he promised his wife that they would not remain in Texas for another night. They left in a Toyota Corolla so packed up that it made for uncomfortable driving. On the 13th of February at 1 am, I received a message on facebook from him.

At 11:58 pm, they had crossed the state line into Arkansas. 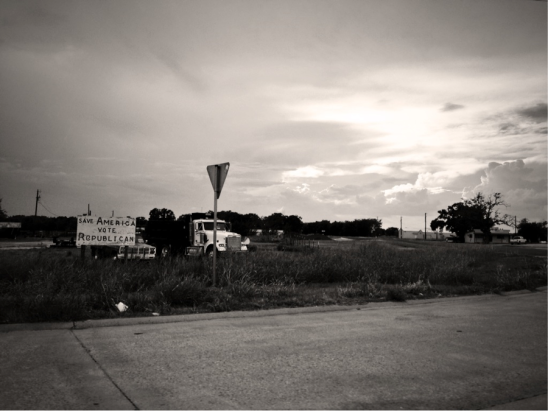 Yoke-Sum Wong spent nine months in Austin as a Visiting Professor in the Anthropology Department at the University of Texas. She teaches in Lancaster University, UK.

This entry was posted on May 22, 2014 by The End of Austin in Art, Creative Writing, emotion, Music and tagged Alamo, anthropology, Canada, Issue 5, photography, Willie Nelson.