Sing the City of the Rounded Shoulders 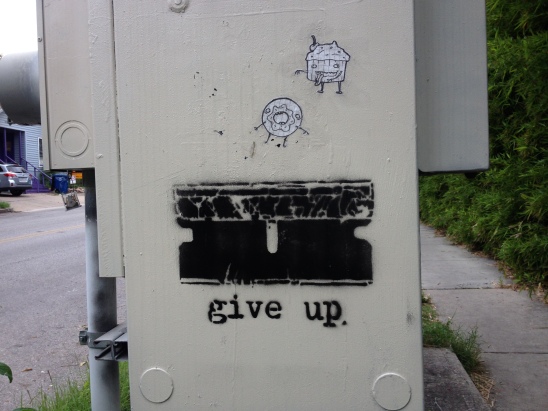 For Carl Sandburg and Nelson Algren.

O sing this city! a land of unstoppable drive to the self-satisfied middle where it stops to spare its energy for another corporate happy hour—think now of the life promised here.  A city of boundless sunshine, drought-bound by cloudless skies, weather without winter, shaded by super-stacks. Let me speak now of this warm place of Slacker promise—IT guy for the world, app maker, stacker of toll-roads, player with microchips and the Nation’s information aggregator; too-sweet, fickle, tiring: City of the Rounded Shoulders.

They tell me you are crowded and I believe them, for I have seen your interstate jammed with life the city council planned no place for—thirty years in a firm belief that refusing a solution would end the influx, never conceding that seeking no solution was no solution at all.

As infrastructure trembles beneath the weight of new inhabitants, the city paints bike lanes and forgets the long trek from affordable housing to any industry in this perpetual boom-town—this Texas belle in a vintage dress, impressing her left-wing friends with a story from NPR, while her libertarian heart beats out the endless rhythm of self-sufficiency: we demanded this land and earned it with our blood.  Never mind the details.

Come and show me another city that forgets its history so quickly in its endless excitement for the next thing coming; space cowboys on Slaughter now, soon to Buda, or, having hung up their boots and bongs for the promise of stock options and a nice lake house with a view of the hills, driving their Mercedes into a Bee Caves sunset.  The encroaching throngs—called Californian but mostly exiles from Dallas and McAllen and the quiet, dying oil towns behind the pine curtain—shift the old East Side north, scatter it to the suburbs, shove Riverside Drive deeper into Del Valle.  Gentrification erases the segregation with a violent primer coat, but the bus routes write the City Plan of ‘28 onto this blanked slate for anyone who cares to know.  While soldiers in the still-waged war for 12th and Chicon wield paper bags like grenades and guard vacant lots:  a radical tactic in this war of attrition, to be present without permission in underdeveloped space—particularly in this city whose growth leaves no opening for history, no room for roots.  Unless, of course, that history sells.

Not a fierce place at all:  quiet and easy, arrogant and unchallenged—who would not be wearied by your pace, waking at eleven on yet another weekday? Aesthetic obsession and threats of secession, a paddleboard buoyed by atrophied expectations:  the floating is easy and the river is long.  A city of slow girth:  sweet, cajoling—a vast hammock of a city in the swing of a spring breeze.  The city woos like a young suitor who only knows of easy love, proud of his value in a market fixed for keeps—sure you will never leave, afraid you might stay, and always, always pushing away, just so gently. Tall and slight, barely come into his own, he drunk-drives crowded highways in some well-kept car; or, eyes lined by wire rims, in a too-big collared shirt that seems it might never fit, he sits hunched before a screen:  this city, this city, in all its blue-lit glory!

Covered in the dust of another dry lake, another xeriscaped trail, laugh the careless wide-mouth sound of this town’s perpetual vacation.  Brag of its easy life, its abiding escape, for those whose pulse and pace resonate beneath its violet crown. Where a taco truck bakes on the sun-softened asphalt of another strip-mall parking lot, where the gamers hide in darkened apartments while the cyclists ride sweating up lush green hills, there beats the callous heart of an incautious state:  cavalier and cursory, hipster and honkey-tonk, fair blue dot in an angry red sea.  O round-shouldered city of this burgeoning century, your apathy will eat you alive.

Susan Quesal is not from here.  She is a Ph.D. Candidate in the Department of American Studies at UT Austin, where she studies the practice, sense, and formations of home in the present day.  Her dissertation will look at the forms of home inherent to the plantation system of slavery and where, when, and how we can see their resonances in the relationship between blackness and home throughout the 20th century.  In addition to her scholarship, Susan has published creative works in Two With Water and Found: Michigan.

One comment on “Sing the City of the Rounded Shoulders”