Fighting for Affordable Housing in Austin: A Conversation with Mandy De Mayo, Director of HousingWorks. 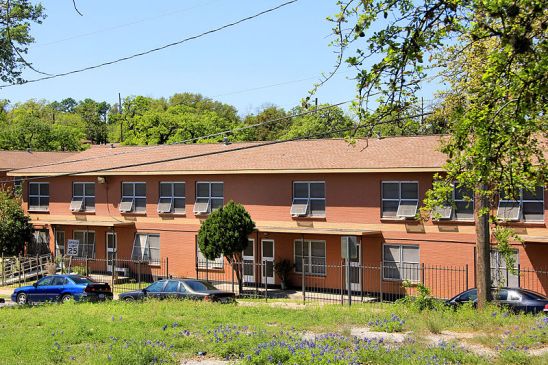 Tell us a little bit about your background before coming to HousingWorks, and how you got into the fight for affordable housing in Austin.

I have been at HousingWorks for about five years now. The reason I’m in Austin is that I came here 25 years ago to go to the LBJ School of Public Policy to get my Masters. My interest at the time was generally social policy issues, and just by coincidence I fell into affordable housing because of an internship I had my first year. Since then I’ve worked for a consulting company that did both commercial and residential development; I did some work for the Austin tenets council; I worked for non-profit company that did housing policy advocacy; and eventually I started my own consulting company, with the focus on housing policy in Texas and Austin.

Kind of through happenstance, I got a contract with the city of Austin working on transportation development policy; I had another contract dealing with preservation; and eventually I fell into HousingWorks.

Stop right there! What is the Affordable Housing Bond?

Well, it’s a type of general obligation bond, which is basically voter-approved debt. It’s generally infrastructure-type projects; so voters [through referendum] say “yep, I’d like to invest 10 million dollars in parks, libraries, etc.,” and then the funds for that project are either approved or not.

So the Affordable Housing Bond is a general obligation bond for affordable housing?

Yes! In fact, 2006 was the first and only time in the state of Texas that voters have approved general obligation bonds for affordable housing. We approved $55 million in affordable housing bonds. Since that time we have invested that money, partnering with a variety of non-profit and for-profit developers to develop affordable housing in the city. And its long-term affordable housing, so in a sense we, as voters, “own” that affordability, like a piece of a park; we mandated in must stay affordable.   And in 2013, we just approved another $65 million in funds, which we are currently working through.

So that was an Austin initiative, or a state of Texas—

Ha, definitely an Austin initiative! The state of Texas would probably never go for that…but other cities in Texas, like San Antonio, are considering it.

So HousingWorks helps developers understand how to properly use these funds, and makes sure their buildings remain affordable?

Well, we’re involved in that. Basically we are an advocacy organization, wholly devoted to discussing affordability in housing. We divide “advocacy” into three different areas: research, education,

We just released a Jobs and Housing report, which is basically a compilation of ten different data sets from the ten different council districts, displayed in infographics. Our goal was to show how affordable housing matches up with low- and moderate-wage jobs, geographically.

We do a lot of education around affordability, especially regarding who needs affordable housing. We also have the “Keep Austin Affordable” campaign; we’ve had some education initiatives dealing with affordable housing and the creative community; we do a feature once a month on our website about an individual or a family who has benefited from affordable housing, a very diverse group!

Who are these education campaigns targeted towards?

Some are targeted towards policy-makers; Austin City Council, Travis County Commisoner’s Court, folks that are really making the plans and developing the policies around how much affordable housing gets approved, how much financing gets put towards, etc. But we also have campaigns through our website aimed more at the community, and we do tours with different groups through the affordable housing development we are currently working with. For both community members and politicians, we are really trying to answer the questions: what does affordable housing mean? Who needs it; for whom is it affordable? Why should I pay for it if I don’t need it? We hope to increase support for affordable housing, show the projects already in existence, and show why we need to scale them up.

So what specific kinds of issues might you talk to a city council member about?

Well, we sort of help to show them what the situation is, and then propose solutions. Often, this involves looking at best practices from across the country, and often these best practices are occurring in much more liberal places like New York or Chicago that don’t have the same type of constraints as we do in Texas. So often what we do is talk about how we could “Austinize” a particular policy to make it work for us in Texas.

What are some of the most important big-picture issues regarding affordable housing in Austin today?

Well, obviously there are a lot of people moving here, and quite simply this is driving up housing prices. And at this point it is very difficult to live in Austin’s urban core at an affordable rate, yet this is where most of the jobs are located. And we’re doubly challenged because although it is cheaper to live in some of the outlying neighborhoods or bedroom communities just outside of Austin, we do not have a mature public transportation infrastructure.

The last few years we’ve been really focused on some of the links between housing and transportation.   There were some federal guidelines that changed and better aligned housing and transit policies, which better coordinated both planning and funding for new transportation and housing initiatives; it used to be federal transportation funding and planning never took into account who actually lived where they were planning their routes! So we have been involved in advocacy efforts to make sure that the new federal funding we were getting for mass transit was meeting proper guidelines regarding service to lower-income residents of affordable housing units.

What are some of the specific obstacles facing people who need affordable housing right now?

One big problem is our fragmented system. For example, HousingWorks does not, and cannot, provide affordable housing, yet we field calls almost every week from people asking where they can find affordable housing. I try to help people out, but we are really a political advocacy group. And it would be great if we had a government-funded, central agency linking people up to affordable housing. Because we all know how hard it is to search for a house or an apartment, and often the people looking for affordable housing are dealing with severely aggravating circumstances and are short on resources. But the biggest challenge is that housing itself is an incredibly scarce resource. We really only have one non-profit devoted to the construction of affordable housing in Austin, and they’re working on about 400 desperately needed units. But right now our needs are for almost 50,000 units in this city.

So where are those people living right now?

Lots of people are doubled and tripled up; lots of people are temporarily sheltered; there is a stable but significant homeless population; and many people are paying 50-80% of their income on rent, which means they’re not paying for other basic needs. It’s a huge gap, and our solutions right now are not scaled to the huge city we’ve become.

What are some possible solutions to this problem?

Well, we have one of the oldest housing authorities in the country, and we have about 2,000 units of actual public housing—in fact, we have the oldest housing projects in the country. But there haven’t been public housing projects built since the 1970s, there really hasn’t been public funding for it since then. We also have Housing Choice Vouchers, which most people know as Section 8 vouchers. You are theoretically supposed to be able to take these out into the private market place, and then you pay a certain portion of your rent while the government pays the rest.

You say theoretically—is it legal for private landlords to deny tenets with Housing Choice Vouchers?

What a great question! In 2014, Austin passed an ordinance—which HousingWorks advocated very hard for—that made it illegal for a landlord to discriminate against people based on their source of income, in addition to the various other categories enumerated by the federal Fair Housing Act like race, gender, disability status, etc. If the rent was within the range of what the Section 8 voucher would pay for, then the landlord had to accept the tenet—because remember, the landlord would still be getting paid the full rent. But the day that ordinance was passed in Austin, the apartment owners’ association went to the state legislature, which has subsequently passed a law making it illegal for local governments to pass “source of income” protection.

Of course, if the federal government would make this part of the Fair Housing Act, this would overrule Texas law; but they have yet to act on it. So right now in Austin, there are basically only certain areas of the city that accept Section 8 vouchers, which is one of the key reasons the city is currently one of the most economically segregated in the country.  It’s truly a form of institutionalized classicism and racism. Furthermore, landlords also can legally discriminate based on criminal record, which has disparate impact on communities of color. You are confining poor, and disproportionately people of color, to certain disadvantaged neighborhoods far away from the economic resources of the city.

How are your organization and others working to combat some of these issues?

Both non-profit and for-profit developers are currently building units, in a variety of different settings, and most of this funding comes through a highly complex federal program called the tax credit program. Basically, when you build affordable housing, you get a federal tax credit. But the organizations who build often don’t have the capital to build to begin with . So what happens is huge corporations who have nothing to do with housing—GE, for example—buy up tax credits from these non-profits in order decrease their own tax load, which in turn provides capital for the affordable housing development organizations. And many of the current projects we are helping to facilitate are deliberately placed in areas outside of the traditional “Section 8” neighborhoods, to try to desegregate the city.

So even as you push for geographically diverse affordable development, what is the impact of gentrification on previously-affordable, even segregated neighborhoods and the people who have historically lived there?

There’s a good and bad side to gentrification. The bad side is obviously displacement. But you do obviously want to invest in these neighborhoods. So there needs to be a way to encourage investment without forcing people out. There’s been a lot of research to show that basically the way to ensure this occurs is by either subsidizing existing housing or building more affordable housing in these neighborhoods. And there are specific government programs, including instituting “preservation” districts in certain parts of the city and mandating that a certain percentage of this district remain affordable for its residents who have historically lived there. There are other tools involving tax credits for encouraging rent stabilization as well.

For those who might live in a gentrifying neighborhood, or who simply want to get involved in the fight for affordable housing, how might they go about doing so?

Finally, why do you think this fight is so important to Austin’s culture and identity?

Well, it’s fundamental to who we are as a city. People were really surprised to find out we were the most economically segregated city in the country this year. No one here wants to think of ourselves this way. If we want to make our cultural aspirations a reality, we have to start by making sure that the basic human rights and needs are available to every Austinite.

To learn more about Mandy De Mayo, HousingWorks, and the fight for affordable housing in Austin, go to:  http://housingworksaustin.org/.